Celebrating our fascinating English language with topics such as musical idioms, wordplay, limericks, and grammar, DANCES WITH WORDS is truly “edutainment” – learning dressed up to have fun. From Heteronyms to Spoonerisms, from Grammar Man to Limericks, these two verbaholic punsters bring their memorable musicality, rhythmic rhymes, tons of tonality, and heaps of hilarity to you on a new CD.

The CD includes Richard Lederer introducing each language topic and printed lyrics to read and sing along.

The duo will host an online concert to release the album on Thursday, November 4, 2021 at 7:00 pm CDT on YouTube at https://youtu.be/az9upeaqt94.

Richard Lederer is the author of more than 50 books about language, history, and humor, including his best-selling Anguished English series and his current books, Richard Lederer’s Ultimate Book of Literary Trivia, A Treasury of Halloween Humor, and A Treasury of Christmas Humor. He has been profiled in magazines as diverse as The New Yorker, People, and the National Inquirer and was founding co-host of “A Way With Words” on Public Radio. He has been elected International Punster of the Year and Toastmasters International’s Golden Gavel winner. More information at verbivore.com.

Bill Shipper is a Memphis-based performing songwriter with satirical lyrics poking fun at quirky topics such as food habits, grammar, the corporate world, and the economy. Shipper’s albums include Dirty Data, My Lover Loves Liver, and There’s a Spider in the Corner and Other Songs for Curious Children. Bill Shipper’s songs have been played on folk and country radio around the world, including the Dr. Demento Show. More information at billshipper.com.

Shipper and Lederer met at a Mensa Annual Gathering in 2013 and have been collaborating together since 2015. The duo has performed their musical wordplay program dozens of times to thousands of people across the United States. More information at https://billshipper.com/dances-with-words.

Dances With Words
Calling on the Homophone
Grammar Man
Hymn to Heteronyms
Full Deck Song
Tense Time With Verbs
Dr. Spooner’s Animal Act
It Is Not I, Babe
Limericks
Farewell to the Circus
Crazy English 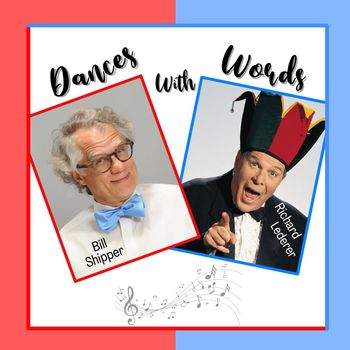 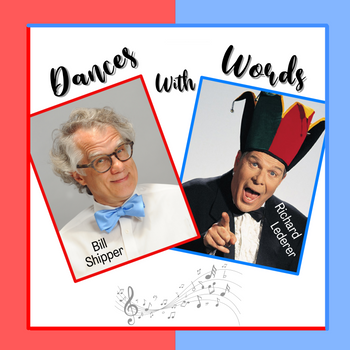